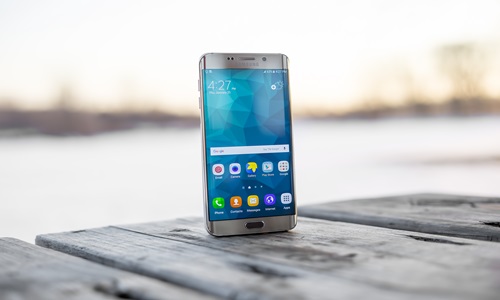 Samsung, the renowned South Korean multinational conglomerate, has reportedly unveiled a new model of foldable smartphone that looks like a large makeup compact. The company also announced that it has integrated 5G network capabilities in all other leading Samsung flagship devices as it strives to preserve its position as the biggest phone company globally. This is a second attempt by Samsung at a foldable phone, after a delayed launch last year, which would set it apart from its longtime rivals like Apple Inc, and other ascendant Chinese makers like Huawei who are taking over its sales in Europe and China. The 5G phones aim to offer Samsung technological bragging rights over rival Apple, while analysts see the new folding screen as an acknowledgement of consumers who are more fashion focused. As per executives, the new Galaxy Z Flip, with folding glass and being square in shape, opens up to look like most of the smartphones. It would be available in gold, black and purple colors and would start at a price of US$1,380. The previously launched Galaxy Fold, had a plastic screen and the new device too has a crease. With creases at the center of the folding screens, the company called it a natural characteristic of the technology. As per IDC, Samsung Electronics was number one smart phone company in 2019, with 21.6% of the global market. But it lost the title in the December quarter to Apple, due to the launch of iPhone 11 at cheaper price range helping the US based firm to mark its best growth since 2015. Globally, Samsung has also faced competition from Huawei Technologies, who was a close third when it came to market share in the Q4. The new S20 devices would be equipped with chips that could handle various kinds of 5G networks being built by different carriers. Samsung moved the rear camera lenses of new Galaxy S20 devices, that would enter head to head with iPhones, into square type black panel, thereby bringing cameras similar to the iPhone 11 series design. The new device is capable of shooting 8K video, the highest video resolution currently available in the market. Source credit: https://www.scmp.com/tech/big-tech/article/3050164/samsung-unveils-compact-foldable-phone-5g-galaxy-s-fend-apple-huawei