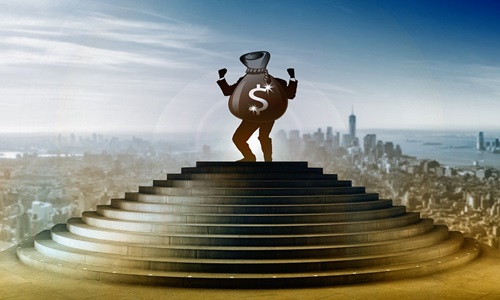 8i Enterprises Acquisition Corp., a SPCA (Special Purpose Acquisition Company), has reportedly announced that Diginex, a Hong Kong based advisory and blockchain financial services firm, with which JFK had entered in a new definitive share exchange contract on July 9, 2019, has now designated Jim Pollock as its new COO (Chief Operating Officer) based in Singapore. Under the new role of COO, Mr. Pollock would be responsible for supervising the implementation of the business strategy of Diginex, which also includes the overall development of institutional-grade as well as fully regulated digital asset infrastructure specifically for financial services industry. Mr. Pollock is a Sr. financial services executive who comes with more than 30 years of multi-jurisdictional business development, regulation, transformation, finance, and risk expertise. Pollock joins the company from Westpac, which is one of the largest banks in Australia. Working at the bank for 16 years, Pollock held the mantle of COO in numerous Westpac business lines. The new COO would also build the Singapore office of Diginex. Pollock would directly report to the CEO of Diginex, Richard Byworth. Mr. Jim Pollock stated that Diginex’s innovative institutional-oriented strategy is extremely compelling and it is thrilling to join the company’s exceptional and experienced leadership team and help it deliver on its goal of creating scalable and innovative institutional-grade solutions. Recently in January, the company also appointed Shane Edwards as the new head of investment products. About Diginex: Diginex is a blockchain-based financial services technology firm based in China. The company collaborates with institutional corporations, investors, and governments in order to make business processes more secure and efficient, and digital assets more accessible. The company believes that its collaborative approach along with its pursuit of worldwide cooperation is best to propel institutional adoption of the blockchain technologies as well as the regulated utilization of the digital assets.   Source credit: https://www.streetinsider.com/Corporate+News/8i+Enterprises+Acquisition+Corp.+%28JFK%29+Provides+Update+on+Intended+Merger+Target%2C+Diginex/16454485.html