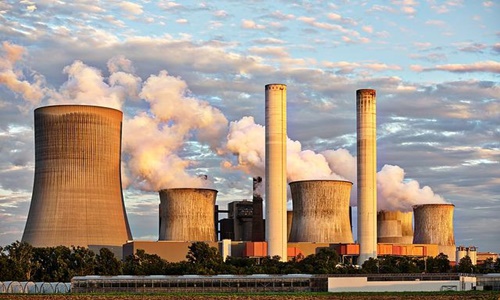 Europe's largest Russian gas consumers are reportedly exploring alternative fuel options and even attempting to burn extra coal to cope with fewer gas supplies from Russia, which might reach an energy catastrophe level in the winter if stockpiles are not supplied.

Eni S.p.a., the Italian oil and gas behemoth, said it had been warned by Russia's Gazprom that it will only receive a portion of its gas supply request, putting Italy on the verge of triggering a state of alert that would prompt gas-saving measures. Germany has also announced its latest plan to enhance gas storage levels and is expected to restart coal-fired power facilities which it had initially planned to phase out.

Germany’s Vice-Chancellor Robert Habeck suggested that in such a dire situation it is necessary to reduce gas consumption or else it would extremely hamper storage facilities and may run out of gas before the peak winter season. He added that if the latter situation arises then they would be easily blackmailed by other countries on a political level.

Russia reiterated that Europe was solely to blame for the gas issue after the West implemented sanctions in reaction to Moscow's invasion of Ukraine, a gas transit line to Europe, and a major wheat exporter.

Notably, the oil issue adds to European policymakers' headaches, which already include rising inflation in household electricity bills and food costs. Meanwhile, the CEO of RWE Markus Krebber has warned electricity prices might take three to five years to return to lower levels, limiting household spending, and impacting the economy.

A popular stock namely 'Dutch front-month gas contract' was trading at over 127 euros per megawatt-hour, up over 50% since the beginning of 2022.

Even if Russia supplies gas to Germany via the Nord Stream 1 pipeline, the major conduit supplying Europe's largest economy will still be running at around 40% capacity.