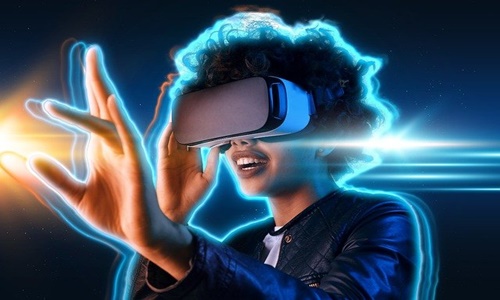 Facebook’s parent company and technology giant, Meta, and a French digital training firm, Simplon, are reportedly planning to launch a ‘metaverse academy’ in France for the next academic session.

Heralded as the internet’s next most distinguished technological innovation, metaverse refers to an immersive digital experience that functions to recreate corporeal existence through augmented reality and transform the web from 2D to 3D.

Located in the capital city of France, Paris, and other cities like Lyon, Nice, and Marseille, the new metaverse school is intended to be launched to train around 20 students per city a year.

Frederic Bardeau, President and Co-Founder of Simplon, has reportedly cited that the teaching method will be in person and will revolve around projects, primarily focusing on the 3D world, alongside interactions in virtual universes.

Meanwhile, Laurent Solly, Meta’s Vice President for Southern Europe, has seemingly stated that the academy is targeting to train over 100 students for free in the first year for two roles, namely support, and assistance technicians and specialist technology developers. Solly also added that around 30% of the first cohort would be accounted for by women, in an effort to promote diversity. In a similar vein, Bardeau further claimed that he would forgo looking at the CVs of applicants to encourage positive discrimination.

In October 2021, the US technology giant announced its intention to create 10,000 jobs in Europe in the ensuing five years to build metaverse, as a part of its new strategic priority.

This strategy was closely associated with the prediction that most of the jobs demanded by employers in the future would be within the sphere of the metaverse.

Notably, as per a joint statement issued by Meta and Simplon, this latest partnership aims to facilitate a robust training scheme for 80% of future careers that may exist in 2030.

Meta partners with Simplon to launch ‘metaverse academy’ in France