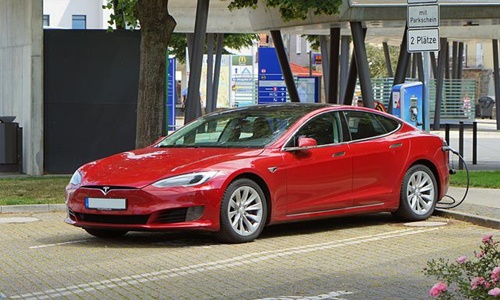 Tesla Inc. is expected to face fierce competition from Detroit-based automakers Ford Motor Company and the General Motor Company, whose market share for electric vehicles will increase nearly 15% by 2025, whereas Tesla’s current market shares are anticipated to foresee a plunge from 70% to 11%.

According to a Bank of America Merrill Lynch report titled "2022 Car Wars," Ford and General Motors are anticipated to grow in the EV market by about 10%.

The study suggests that models like Chevrolet Silverado and F-150 Lightning electric pickup trucks will fuel the rise of GM and Ford respectively. It further claims that Tesla’s dominance over the U.S. EV market is done and will drastically shift in the opposite direction over the course of the upcoming four years.

The main reason behind Tesla’s decline from the top position is its failure to expand its portfolio quickly enough to compete with both established automakers and emerging EV startups that are extending their lineups of electric vehicles.

Speaking of which, Tesla had room to expand its EV range during the last decade because there wasn’t much competition. However, over the following four years, other players, including legacy automotive behemoths like Ford and GM, are likely to fill that vacuum significantly.

The Austin-based automobile giant’s failure to deploy its products by the deadline has significantly left a bad impression on the electric vehicle market, Tesla Cybertruck being one such example.

Despite being promised, Cybertruck has been repeatedly postponed and now the company is delaying the development of the next-generation Roadster. These actions are likely to have a negative influence on the automaker's reputation and potential for future growth.